You are using an out of date browser. It may not display this or other websites correctly.
You should upgrade or use an alternative browser.

Elon Musk promised a surprise during the Tesla semi unveiling event, and boy did he deliver: the return of the Roadster. But it’s no repeat performance. The stunning four-seater roadster boasts jaw-dropping numbers, that if they measure up to Musk’s claims, will make it the world’s fastest production car. In his remarks, Musk described it as a “smackdown” to the fossil fuel-addicted auto industry.

The finale to his semi-truck reveal was all about driving home that point. As the opening guitar licks of the Beastie Boy’s “Sabotage” blasted over the loud speaker, a beam of red zipped across the parking lot. The second-generation Tesla Roadster came to an abrupt halt, and a grinning Elon Musk came back on the mic to introduce his latest baby, which will likely cause Porsche and Ferrari to break a sweat.

Musk claimed the base model will do zero to 60 in 1.9 seconds, which if true would make it the first time a production vehicle to crack the 2-second threshold. He also said the new Roadster would climb from 0 to 100 mph in 4.2 seconds, and will clear the quarter mile in 8.9 seconds (in case the Fast & Furious drag race franchise comes calling.)

“It’ll be faster than that jet over there,” Musk quipped, as an airplane soared over the exultant crowd crammed into Tesla’s Hawthorne, California facility.

Musk said he wouldn’t confirm the top speed, but hinted that it was “above 250 mph.” By comparison, the Agera RS by Sweden’s Koenigsegg currently holds the world record at 277.9 mph.

As fans gasped, Musk said the Roadster had a 200kwh battery pack and a 620-mile range per charge, or over 1,000 kilometers. Again, another record shattered. Or so Musk claims. Imagine driving to Los Angeles to San Francisco, and back, without recharging, Musk teased.

The vehicle has three motors, one in the front and two in the rear, all-wheel drive and torque steering.

The design is clear strike against the sports car industry. There are possible cues from all the majors players, including a McLaren P1 cockpit, an Acura NSX exterior, Bugatti Chiron headlights, a Targa-like roof, and a rear reminiscent of an Aston Martin DB10.

“The point of doing this is to give a hardcore smackdown to gasoline cars,” Musk said. Driving any other turbo-charged sports car, is going to feel like a steam engine with a side of quiche.

While Model 3 customers wait, Tesla has dug in its heels and reminded its fans where the brand-love all began — the 2008 Roadster. Musk has been teasing the return Tesla’s first production car since 2011, when the vehicle ended its run. But the promised date of 2014 came and went, and instead the electric automakers fans got the Model S, followed by the X and the 3. This evening’s semi truck unveiling was meant to signal the next stage in Musk’s Master Plan. As Musk shown time and again he has learned the art of flipping the script by delivering heavy on delight.
Napsauta laajentaaksesi... 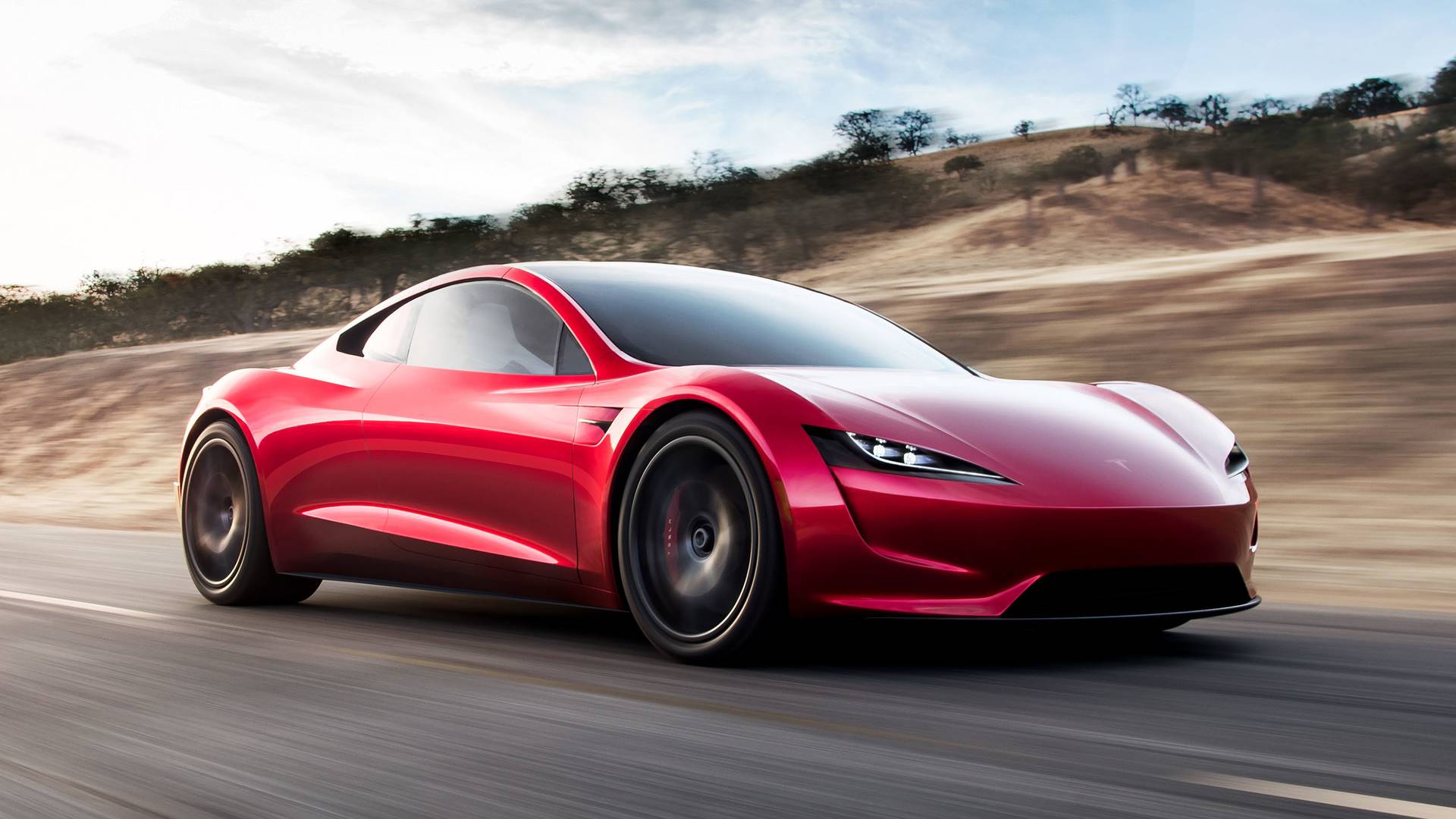 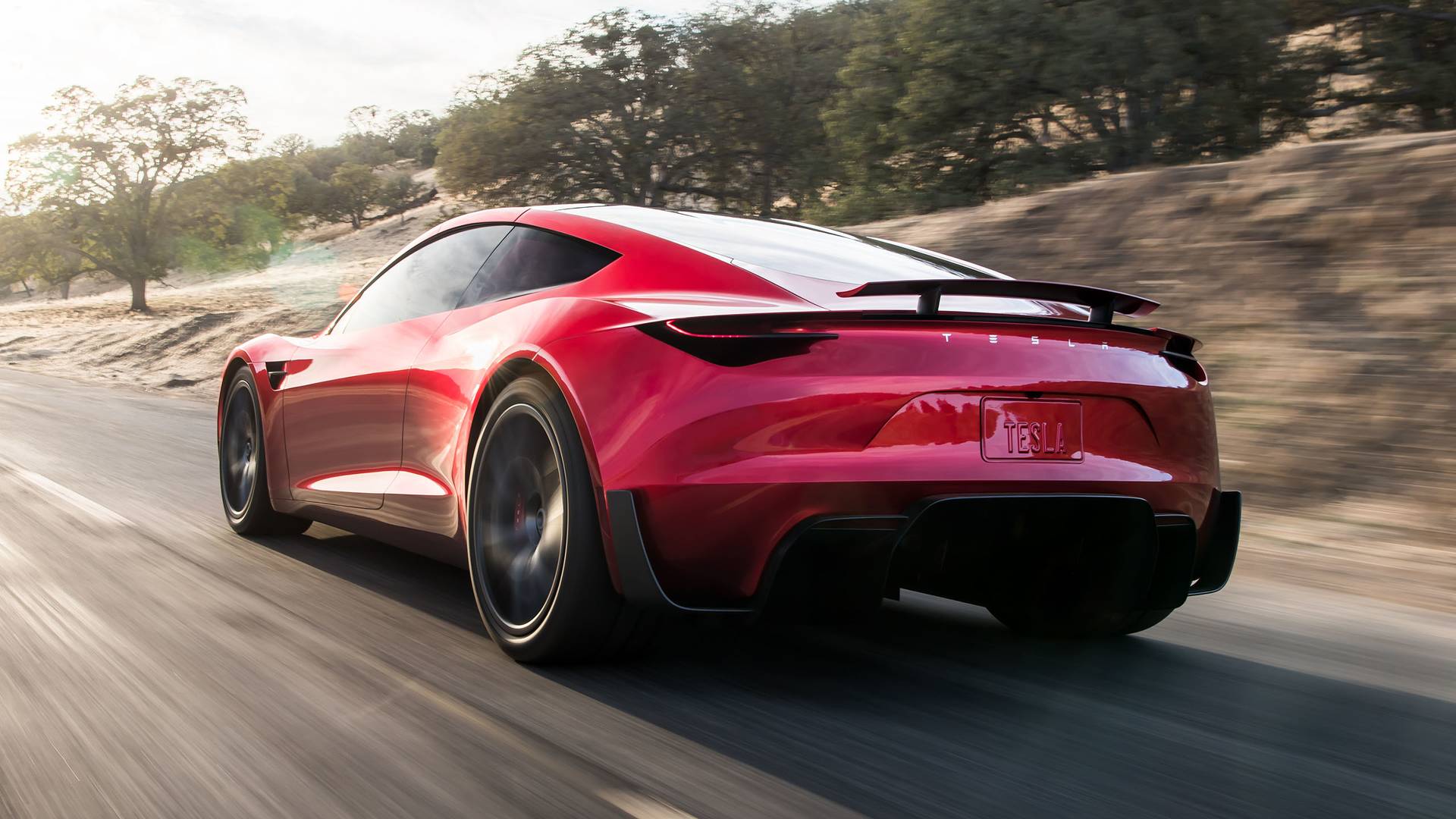 "BIG thing buying into sports cars is the emotional attachement"...